Education in University of Ottawa

U of O is Located in the nation’s capital, the university offers ready access to major Canadian institutions. Its proximity to the Parliament of Canada, federal government departments and agencies, non-government and non-profit organizations, major libraries, research institutions and health centres adds to its character as a unique place to study.

Founded in 1848, the University of Ottawa now has more than 42,000 students enrolled in nine faculties: Arts, Law, Education, Engineering, Medicine, Science, Health Sciences, Social Sciences and the Telfer School of Management.It offers some 450 programs of study, including more than 65 that offer the option of work terms within one of Canada’s five largest university CO-OP programs, one which boasts a 95 percent placement rate and enables students to gain practical work experience, build professional networks and prepare for their future careers. The university also gives students the opportunity to build on their knowledge by earning a master’s or doctoral degree, or to follow an intensive, highly specialized graduate certificate program. 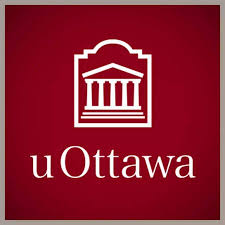 Why study in University of Ottawa?

A study here attracts close to $300 million in research funding each year. Its focal areas of research include health, e-society, Canada and the world, and molecular and environmental sciences.

The University of Ottawa is also a standout choice for international students according to major international surveys. In fact, international students have ranked Ottawa the world’s top student city in the QS best student cities survey, because of its lively student life, diversity and friendliness. As well, the University of Ottawa ranks as one of Canada’s top 10 universities according to many key surveys, including the 2018 U.S. News & World Report Best Global Universities, the 2018 Times Higher Education World University Rankings, the 2017 Academic Ranking of World Universities and the 2017 CWTS Leiden Ranking.

How to apply for Admission?

If you’re applying for an English-language program and you have not completed at least three years full time in an institution where English is the only language of instruction (aside from in language courses), located in a country where English is an official language, you must provide your official score in one of the English-language tests recognized by the University.

If you are applying for a French-language program and you have not completed at least three years of full-time study in an institution where French is the only language of instruction (aside from in language courses), located in a country having French as an official language, you must provide us with your official results in one of the French language tests recognized by the University.