Vietnam, is a fascinating place to study. It’s a Southeast Asian country on the South China Sea known for its beaches, rivers, and bustling cities. Vietnam, is one of south-east Asia’s fastest-growing economies.

If you’re obsessed with the beautiful and bustling Asian countries, Vietnam is the gateway for one to enter the great continent of Asia.

Admission Requirements for Study in Vietnam

There are some private colleges with much higher tuitions ranging from $2000 to $10000 a year. 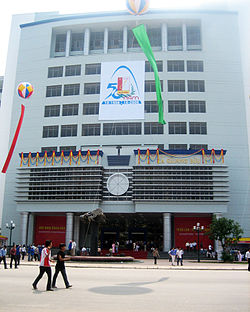 Hanoi University of Science and       Technology

The cost of living for students in Vietnam varies depending on the student’s way of living.
Accommodation
There are many different types of accommodation for students in Vietnam.
Apartments: This option is best suited for students who need more privacy and independence. These are fully equipped. Single or double rooms are there in the apartment.
Student Residences: This is the most common and economical option for students looking out for accommodation in Vietnam. The student residences have shared kitchen facilities and all the other required facilities.
Guesthouses / Hotels: This option is suitable for short stays like for 1-4 weeks.
Homestays: This option involves living with the families in Vietnam.
Teacher Home: This option involves living and studying in the home of a language teacher in Vietnam, who will welcome you into his or her family and make you feel at home. If you are interested in learning a language, then this is one of the best options to consider. With this option, you immerse yourself completely in the language and culture of the country.

Accommodation costs: The accommodation charges range from VND 7,000,000 to 15,000,000 depending upon the apartment- furnished or unfurnished.

On-campus accommodation costs in Vietnam may range from $US 1,200 to $US 1,600 per semester, inclusive of utilities and other services.