Students who are planning to visit Texas in The United States of America, for a study abroad education, should be acquainted with a thing or more about this great city. It will interest you to know Texas, is the second largest state in the United States by both area and population. Geographically located in the South Central region of the country, Texas shares borders with the U.S. states of Louisiana to the east, Arkansas to the northeast, Oklahoma to the north, New Mexico to the west.

To study here, you get to enjoy in full outstanding educational programs and as well as affordable education and living.

The total average cost of attendance to attend Texas A&M for one year is approximately $27,452 (for in-state residents), which includes tuition and fees, room and board, books, transportation and miscellaneous expenses

Rice University is a private institution that was founded in 1912. The school is one of the leading research universites with a distinctive commitment to undergraduate education in texas- USA. 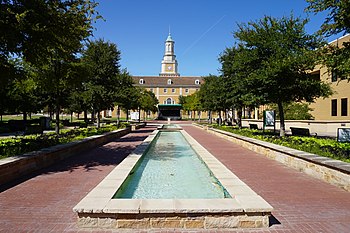